The Claim: Qi Gong, a Chinese health practice based on gentle movements, meditation and breathing, has wide-ranging benefits, including improving balance, lowering blood pressure and even easing depression.

The Verdict: Increasingly popular in the U.S., Qi Gong (pronounced chee-gong) has been found in recent studies to improve quality of life in cancer patients and fight depression. Other studies have found improvements in balance and blood pressure. But so far, there aren’t enough large, well-designed studies to constitute solid proof of any benefits, scientists say. 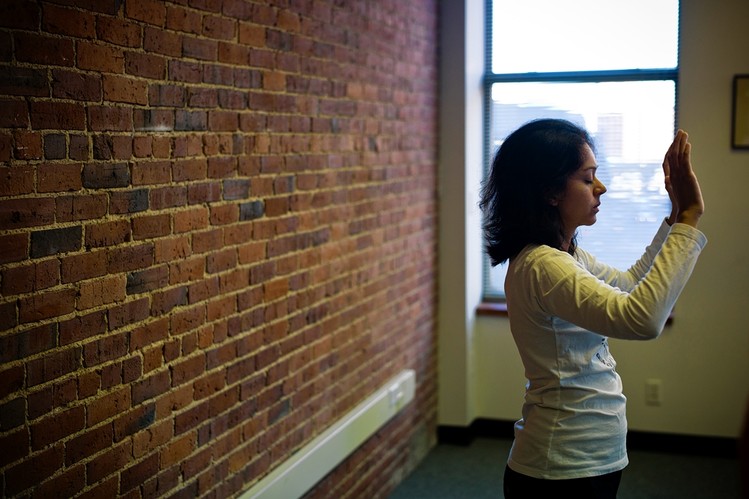 Qi Gong, with its roots in traditional Chinese medicine, is a close cousin to the better-known tai chi. Unlike that practice, Qi Gong isn’t based in martial arts. Instead, it uses a variety of gentle movements, says Stanwood Chang, who teaches Qi Gong classes at the Benson-Henry Institute for Mind Body Medicine at Massachusetts General Hospital in Boston. Because its motions are simple and repetitive, Qi Gong is more accessible to many people than tai chi, which has long sequences that need to be memorized, Mr. Chang adds.

Traditionally, Qi Gong is described as a practice that cultivates « qi, » or life energy. Qi can’t be measured objectively, says Shin Lin, a professor of cell biology at the University of California, Irvine. But his studies of Qi Gong and tai chi practitioners have found a boost in both alpha brain waves, suggesting relaxation, and beta waves, indicating strong focus. « It has the dual benefit of relaxing you, but also sharpening your mind, » says Dr. Lin. 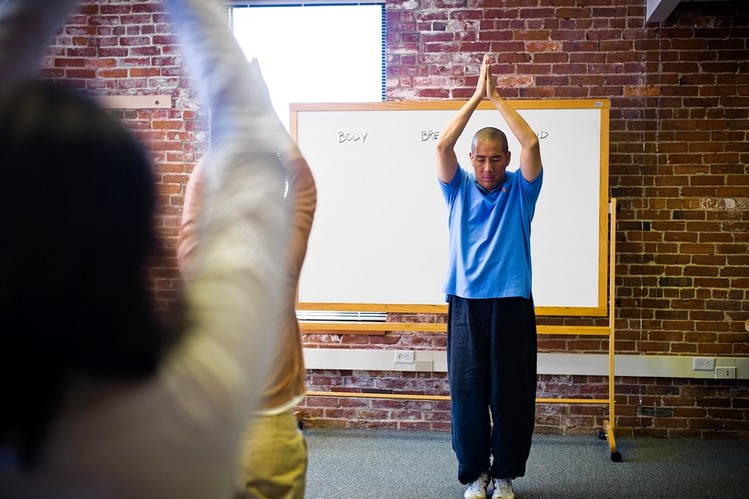 Some studies have found improvement in balance from Qi Gong. At least one cites the fact that participants are taught to take a wider, more stable stance when standing.

Natural Standard Research Collaboration, a Cambridge, Mass., scientist group that evaluates natural therapies, gives Qi Gong a grade of « B, » for hypertension, concluding that there is « good evidence » to support its use along with standard medications to treat the condition.

Earlier this year, a three-month, 14-person study of depressed Chinese-Americans, who were offered one-hour Qi Gong classes twice a week and encouraged to practice at home, found that 60% of those who took at least 15 classes saw a significant improvement in depression based on a standard rating scale. « One theory is that Qi Gong helps people to relax and combat stress, » which tends to aggravate depression, says study co-author Albert Yeung, associate professor of psychiatry at Harvard Medical School in Cambridge.

The study was too small to be conclusive, adds Dr. Yeung, a senior consultant at the Benson-Henry Institute. But he’s excited enough about the potential that he already recommends Qi Gong to patients with mild and moderate depression, and in combination with medication to patients with severe depression.

For cancer patients, Qi Gong can be done sitting and lying down if a person has physical constraints or is in pain, says Yang Yang, a kinesiologist and researcher, who teaches Qi Gong at Memorial Sloan-Kettering Cancer Center in New York.

In a study of 96 women getting radiation therapy for breast cancer, published earlier this year, a team of Chinese scientists and researchers at the University of Texas MD Anderson Cancer Center in Houston found reduced depression in women who took five weekly classes of Qi Gong, compared with a control group that didn’t take the classes. Among those depressed at the start of the trial, fatigue was lessened and overall quality of life improved.

Many people take Qi Gong group classes, which typically cost $10 to $20 an hour, or practice at home after learning the exercises in a class or from a Qi Gong DVD or online video.

The Effects of Qi Gong on Depression, Anxiety and Psychological Well-Being: A Systematic Review and Meta-Analysis